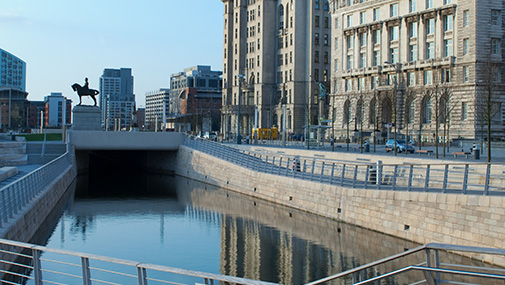 The new Liverpool canal dock link was a £17 million transportation infrastructure improvement that was part of the regeneration of the city for its European Capital of Culture year.

The project reconnected the Leeds & Liverpool Canal to Liverpool’s South Docks, via Stanley Dock, allowing boats to travel past the world-famous Three Graces and into the Albert Dock.

The canal project consisted of a waterway, which included the construction of two new locks, two new bridges and three tunnels, with the aim of allowing access for visiting canal boats, water taxis and hire boats; making it a major feature of the city.

"The design required a system to keep water within the canal and ensure that water could not penetrate the concrete tunnel."
Challenge 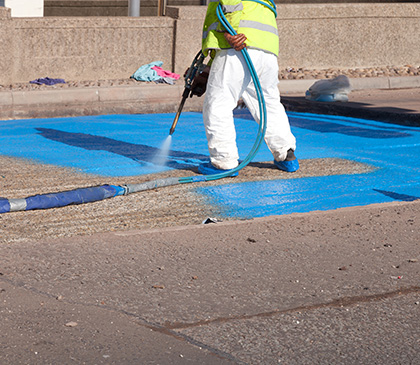 The transportation infrastructure design required a system that would offer a waterstop system - with water excluding and water retaining properties. This kept water within the canal and ensured that water could not penetrate the concrete tunnel.

For the roof decks area, a high-performance waterproofing system suitable for efficient application over large areas was required. Additionally, a compatible joint system was also specified.

We used innovative technology, combined with years of experience, to provide a waterproofing solution.

The waterstop system comprised of Servitite™ AT 200/Serviseal® AT 240 offers high security PVC waterstop system with coextruded hydrophilic bulbs to provide a unique combination of active and passive protection for joints in concrete. The AT system, developed for critical water retaining and water excluding structures, was installed in the tunnels to deal with water migration. Its hydrophilic properties and the ability to act as a continuously active seal, means it was a reliable solution for the strict requirements of the transportation infrastructure.

For waterproofing of roof decks, both Procor® Deck System 2 and Serviband™ were applied. Procor® Deck System, a liquid applied system, overcame the issue of application over a large area, as it can be either spray or trowel applied. When used in conjunction with Serviband™, which protects movement joints in concrete from water pressure, it forms a continuous waterproofing system.

Blue360sm Product Performance Advantage: Because every project, large or small, deserves the best level of protection.